The Innovative Sonnet Sequence: Two of 14: Forms and Forming 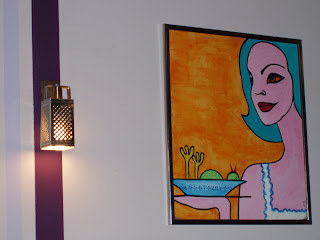 If poetry is the investigation of complex contemporary realities through the means (meanings) of form, then the investigation of form itself is of paramount importance and comes with a certain methodological liberty and verve: ‘The vitality of reading for form is freedom from program and manifesto, from any uniform discipline,’ says leading new formalist Susan J. Wolfson. Indeed, this formalism has been fighting against instrumentalist readings of literature, the kind of quasi-sociology that passes for a lot of English teaching still. As Wolfson says: ‘My deepest claim is that language shaped by poetic form is not simply conscriptable as information for other frameworks of analysis; the forms themselves demand a specific kind of critical attention.’

I want to argue that the attention of any formal study of contemporary poetry must be dual. It must focus on form in the technical sense, on identifiable forms in play, the ones identified by Veronica Forrest-Thomson in her prescient Poetic Artifice as enjambment, line, rhythm, rhyme, etc., and on form in a general, more performative sense, that prioritises acts of forming and our apprehension of their coming to form. Forms and forming I call this pair for ease. Associating one with the other, Derek Attridge argues that form is the force that stages a performance of any text: we need to apprehend ‘the eventness of the literary work, which means that form needs to be understood verbally – as ‘taking form” of “forming”, or even “loosing form”', but he insists that the devices of artifice ‘are precisely what call forth the performative response’ of any engaged reader, directly connected to the event of singularity which is the irruption of an inventive otherness in our productive reading.

Both types of form are capable of carrying a semantic or cognitive charge, demonstrating that forms think. They contain or envelop meaning(s) of knowledge(s) and might demonstrate how new meaning and (non-propositional) knowledge might be formed and formulated. As such, aesthetic form carries a force operating on the individual (or collective) reader or viewer, which – in the case of poetry – means that the reader is the site where such meanings are staged by form, so that reading is formulating form, and formulating it into fluxing semantic and cognitive forms as a ‘performed mobility’. Wolfson even writes that literature lovers ‘respond to forms as a kind of content’. Formal considerations of both kinds (forms and forming) are engaged by active reading and enact meanings that moderate, exacerbate, subvert (or on rare occasions reinforce) the kind of extractable meaning that Forrest-Thomson and Attridge both decry as ‘paraphrase’. Paraphrase is amnesia of form.

Posted by Robert Sheppard at 10:03 am