The Innovative Sonnet Sequence: Eleven of 14: Sonnets and Other Ghosts 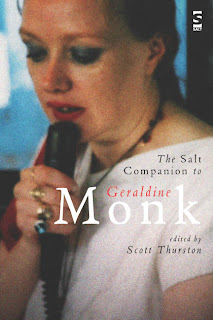 Women are often said to have been disenfranchised by the courtly conventions of the love sonnet, its content patriarchal, its form in need of reclaiming. Women innovative writers have maintained a suspicion of the form, particularly through its assertion in the courtly love tradition, of a male ego. ‘Our sonnet … seems different,’ writes Kathleen Fraser hopefully. ‘It has a small i in it instead of a big one.’ But she is also aware that forms carry near-indelible meanings as much as contents, and that ‘perhaps any sonnet at all is a big i. That’s something I have to fear.’

The history of the sonnet furnishes important examples of female sonneteers, such as Charlotte Smith or Elizabeth Barrett Browning, and in fact, the earliest sonnet sequence in English was written by a woman, although it took a religious theme rather than an amorous one: 21 sonnets by Anne Lock composed in 1559. ‘Her ear is faultless – better than Surrey’s’, remarks Spiller.

One of the best contemporary sequences excerpted in The Reality Street Book, Geraldine Monk’s Ghost and Other Sonnets, shows no Electra complex before the form, and indeed emphasises the (usually unrhymed) Shakespearean couplet by printing it as a separate stanza. It often operates as the ‘epigram or witticism’ that the form of the frame imposes: ‘Strange ones this token is for you./ If you’ve danced with me you must be true,’ the last poem ends, rhyming but not utilising regular metre. Ghost and Other Sonnets is often about ghosts (‘strange ones’) and often (as at its end) about the demands of the other. (As often in sequences, they are also about many other matters, topology or domestic anger, for example.) Of course, the sonnet frame is a kind of ghost form and its subject matter haunts it as a kind of other of form, ‘Ghost of her ghosts’ as one poem puts it. This haunting necessitates Monk subduing her characteristic textual and performative exuberance in deference to the frame; the internal pressure this causes results in 66 poems of concentrated power. As Spiller says of Milton, but it applies to Monk too: ‘The sonnet is still the place where Desire confronts its Other, and in a small room fixity is given to the restlessness of being.’ These confronted others may be ourselves in mirrors (the ghost of our ghosts), as when ‘his face staring at/His face’: ‘Each/ Passenger waving at their doppelganger/ Each not knowing which is for real’. Or, as when the letter box rattles repeatedly, the other is an imagined ghost: ‘Seeing nobody in repeat tires the heart:/ Out-fears the stranger stranger’ (where the word occurs once as adjective, second as noun). One sonnet deals with the ‘stranger stranger’ in a powerful way, moving from a familiar situation to questions of otherly encounter that one might rather avoid, through to nightmarish horror:


What makes you look in at the
Exact window where someone is
Looking out? Inexplicable encounters
Traduce unknowns with wary
Other. What is behind that sticky girl one
Step stunningly away from heaven? Tossed.
A thing of beauty in a room so ordinary.
Mindless kicks. Burns. Bite hard words
Mocking back-broke loveliness. Ape
Ghosts. Rape-ghosts reel on little
One. Well below a Restoration rake-hell
Humans shouldn’t figure. Let alone … let alone …

Neglected screams in a field of unwashed forks.
Far crying buried in gust of shush-love.

A barely human (ape) rape has occurred amidst this ordinary scene against ‘stunning’ ‘beauty’ and ‘loveliness’ (together the words suggest a woman is violated by ‘rape-ghosts’), though it might only be sexual stimulation, ‘tossing’. ‘Mindless kicks’ suggests gratuitous sexual play as well as violence, or both. Lamentation is obscured by the intimate but threatening ‘shush-love’ that both extinguishes love and could also signify the love of an unhealthy secrecy. The poem is the more powerful for not revealing its content in a narrative unfolding, but through an excess of compressed and detailed violent imagery.

The form fixes the restlessness in each sonnet in this sequence, until it launches us into the next. No wonder we need the familiar bumpers of a rhyming couplet to bring this formal trajectory to rest. We are told: ‘If you’ve danced with me you must be true,’ that is, not a fable or a fiction, but also we are ‘true’, i.e. held in fidelity to the spell of these forms.
Posted by Robert Sheppard at 10:46 am