The Innovative Sonnet Sequence: Fourteen of 14: 'Ending, with strong pressure towards epigram or witticism' 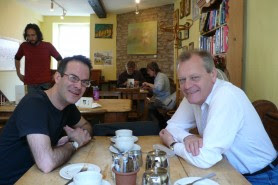 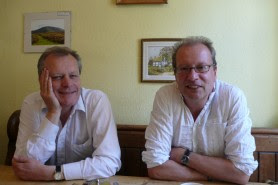 I have argued that the chief influences upon the contemporary innovative sonnet include the examples of Berrigan and Raworth, the radical conceptualism of Oulipo with its use of tailored ‘constraints’, and the postmodernist release of the form from the repression of modernism. I may be confused in this, having identified these also as influences on my own sequence. But there can be no doubt that there is another influence, post 2008, and that is The Reality Street Book itself. Hilson’s sequence was co-terminous with its production, indeed mentions it. Other sequences, possibly Monk’s, were written as the event of the anthology appeared on the horizon. Terry’s sequence missed the boat, having come to Hilson’s attention after Ken Edwards declared the hold full. Many sonnets (sequences or singles) have appeared after; Anthony Mellors’ The Gordon Brown Sonnets (2009), for example, continues the political edge found in so many of these sequences; Milton is the god of the innovative sonnet, not Shakespeare.

A mere flick through the anthology reveals visual sonnets, ghost sonnets where the shape of the sonnet is played with, along with others that expose the frame of the form, as outlined in part twelve of this lecture. There are prose sonnets, fairly conventionally lineated sonnets, Chinese sonnets and non-sonnets, some in sequences, many not, many more than I have time to deal with today. Anybody embarking on a sonnet today has the benefit of the anthology as a textbook of form(s). There are dangers in this, of imitation and derivation, rather than influence and deviation, of mere production, of ever-thinning effect and affect (or affectlessness), but these have been dangers throughout literary history of the prominence of any form. The same could have been said of Tottel’s Miscellany in 1560 which gave the world the exemplars Wyatt and Surrey.

I’m not bold enough to call time on the innovative sonnet, to declare that we have reached our 1610 – imagine declaring the whole show over in 1608, what a difference a year makes! – but I wonder what forms will emerge next. I think Hilson is right in seeing the attraction of the sonnet as a refinement of the draw to the sequentiality ingrained in British innovative practice, and the sonnet-sequence-like frame can be felt in many non-sonnet sequences, Scott Thurston’s Momentum (2008), for example, where the repeated stanza is quite different, but whose formal repetition facilitates variation and contrast as a formal constituent that becomes a kind of content in a way I have been arguing throughout these postings. (His Internal Rhyme (2010) has the same feel, though with poems that are more open in terms of reading, horizontally and vertically.) But no other traditional form (however torqued) furnishes the opportunity for this kind of innovation; the innovative sestina, for example, feels like a rolled out carpet, not a ‘little room’ that offers resistance to the impulse to unlimited expansion, a pliant, plastic pre-determined frame, through which the life of form may be lived convincingly, to make for us, forms of life. To make it re-new.

To quote Hilson’s formal articulation and dis-articulation: ‘I (line-break) fucking love you sonnets.’

Final Notes: As can be seen from the above, I wondered about trying to call a halt to the sonnet as an innovative form, but new ones keep coming. See the K. Silem Mohammed pieces in the Dworkin-Goldsmith anthology. Or here. Or get a peek at nine of the stunning stunted sonnets of Richard Parker at Intercapillary Space (which I heard read in Amsterdam; see posting for May 24th 2011). Since musing earlier on my own next creative moves, my contrafacts on Milton’s sonnets seem plausible and I also surprised myself by writing a half-pint sonnet, in the middle of a Quennet as a 7X7 syllabic structure. The Quennet (which I should have mentioned before now) is the sonnet-like structure invented by Raymond Queneau and used also by Philip Terry, Queneau’s translator, and by Rene Van Valckenborch, my creature.

Just a few thoughts on the Hay Poetry Jamboree itself. It was a celebratory occasion – and mine was the only excursion into critical prose and pose – and there was much good company in Scott and Anthony (as can be seen above), the organisers Lyndon Davies and John Goodby, participants Gavin Selerie, Frances Presley, Carrie Etter, John Freeman, Paul A.Green, Carol Watts, Zoe Skoulding, Maggie O’Sullivan, Ralph Hawkins (who had much to say about Berrigan) and Allen Fisher (who worried away at the formal designation ‘sonnet’), and audience members Geraldine Monk, Alan Halsey, and many others, Steve, for example, who managed the electronics. Thanks to all.

For links to further posts on The Meaning of Form click here.

Posted by Robert Sheppard at 11:49 am